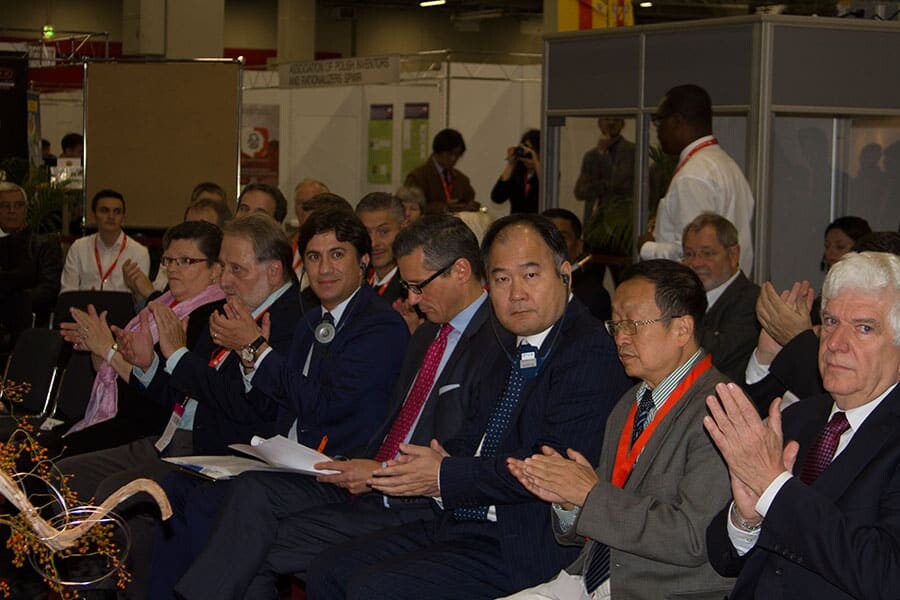 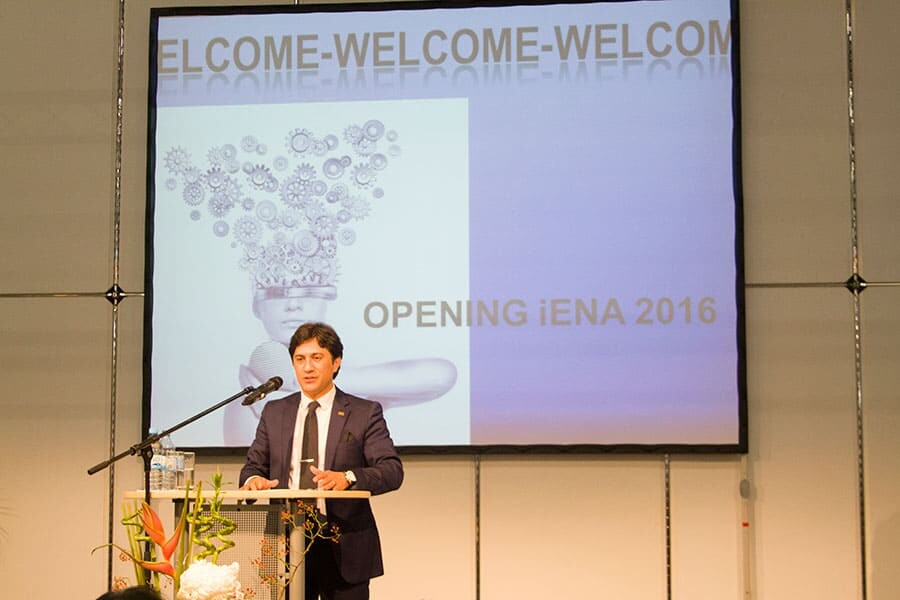 Nuremberg, December 2016 – During iENA International Trade Fair 2016, IFIA President, Alireza Rastegar delivered a speech in the opening ceremony welcoming the participants and appreciating the efforts that the organizers of iENA 2016 have made to convene the participants.

Alireza Rastegar also declared that International Federation of Inventors’ Associations continues to support iENA as one of largest events in the world providing a great opportunity for the commercialization of inventions.

Afterwards, he visited the invention booths along with the iENA organizers, inquired the inventors about the innovative aspects of technologies and tested them.

Finally, during the Award Ceremony, IFIA platforms for the inventors to commercialize, license and market their inventions were presented and IFIA Cash Prize was awarded to the best green invention exhibited during the event.