THE PRESIDENT OF IFIA APPOINTED A NEW DIRECTOR FOR ACADEMIC DEPARTMENT

Due to the fundamental changes that the federation is going through, on August 23rd, Mr. Alireza Rastegar, the president of IFIA, announced that Prof.Aynampudi Subbarao was officially appointed as the new IFIA Academic Director. 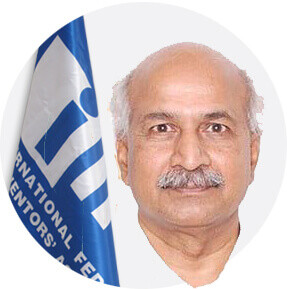 His astonishing background can help the inventors and all the people involved with innovation, to become more creative from a young age. For instance, he has been a visiting professor at the Indian Institutes of Technology for more than seven years, so he is well aware of the problems that the students go through and can help them to lead their creativity to innovation. Also, his seven-year record in a not-for-profit business incubator named Startup Village as a board member shows that he can ease the way of entrepreneurs by knowing the kinds of problems that they may go through and trying to remove the obstacles.

In conclusion, the president and the people involved with this decision look forward to working with Prof.Aynampudi Subbarao, and we hope this choice would help the inventors and the innovation society more than ever.