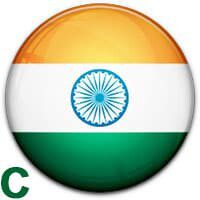 The third edition of the India International Innovation Fair (IIIF) is planned to be organized in Hyderabad, India under IFIA‘s patronage. Hyderabad is a historic city with an e-visa facility and many flights operate from the International airport of Hyderabad. IIIF 2019 is hosted by the state Govt. of Telangana and supported by various Ministries, Industry associations, and premier Indian R&D Institutes.

The city of Hyderabad has a population of 10million, historically known as a pearl and diamond trading center “City of Pearls”, the emergence of pharmaceutical and biotechnology industries in the 1990s led to the area’s naming as India’s “Genome Valley” and “Cyber City’ is the name of extended city housing Information Technology companies like Microsoft, Google.
India is a trillion-dollar market and a free country. Technology licensing is the primary aim of the Fair. A compendium of best practices on the Demand side of Innovation Policy will be released during the fair as part of knowledge sharing amongst the IFIA community.