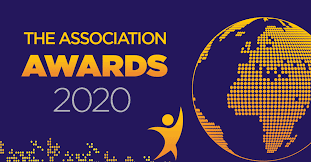 This year, due to the recent pandemic of COVID-19, The International & European Association Awards had to adapt their system to the new circumstances. All the nominations were submitted online, and the functionality of the system enabled them to use scoring and weighing in the judging – moving away from a ranking approach. This rigorous scoring approach has been highly appreciated by the judges and enabled them to fix a threshold score above which nominations go through to be one finalist. Previously it was the top three in ranking that went through.

The number of nominations received this year was 50% higher than previous awards, and the sophisticated tracking and emailing system was part of how it was achieved. The judges remarked on this year’s entries as being nearly all very good, making judging more challenging.

Recently, we have been informed that happily, IFIA is now among the finalists of the mentioned category.

After all, as the representative of the inventor and innovators society, we hope that by achieving this award, we would make our beloved and creative society proud once more.