Iraqi Energy Innovation Exhibition was organized during 18-19 December 2016 under the patronage of International Federation of Inventors’ Association (IFIA) and Ministry of oil which removed the obstacles between the inventors and the manufacturers.

IFIA representative addressed a speech during the opening ceremony expressing the hope to turn the event into an international exhibition for the next years’ edition. Moreover, IFIA projects including the online course and pro bono programs were presented to be utilized by the Iraqi inventors.

The event provided a suitable platform for gathering the inventors and investors, sharing their scientific thoughts and creating cooperation opportunities between them. 72 exhibitors showcased cutting-edge technologies, over 700 visitors including university professors, researchers and inventors of public sectors visited the exhibition, and 24 companies participated from private sector in order to invest on these patents and convert them to applicable technology which can be used in energy fields.

The Award ceremony convened Mr.Jabbar Ali Hussein Al-Luiebi  – The minister of oil , Dr.Karim A.Alwan – Maneger of petroleum Research & Development Center and Dr.Zaydon K.Kreamid – President of Iraqi forum of Inventors. IFIA Representative awarded IFIA Memorial Medal and Certificate to the minister of oil to appreciate the supports he has offered to the community of Iraqi inventors. 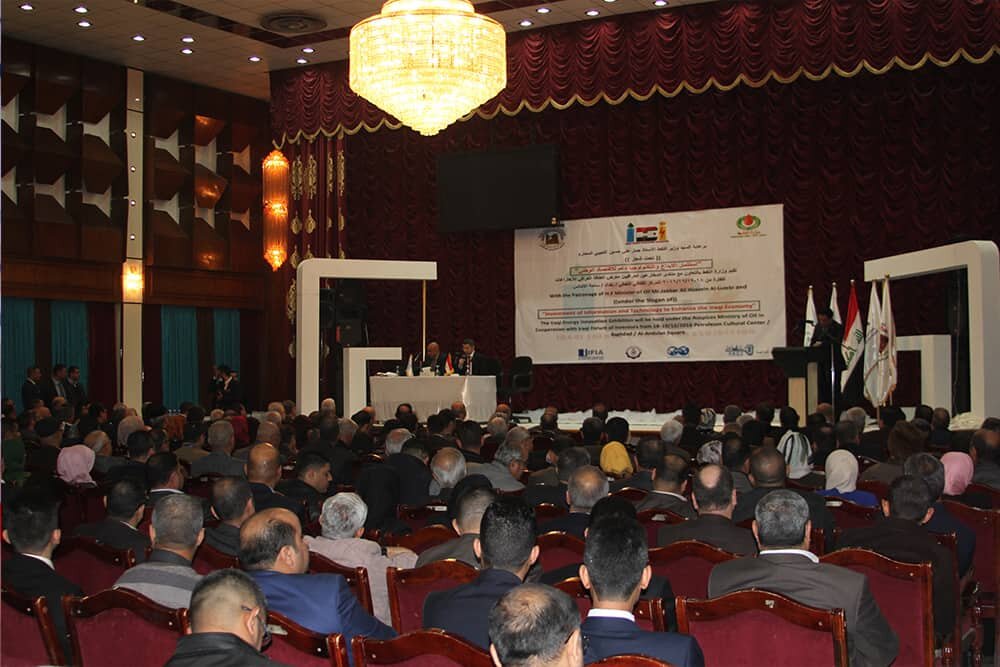