The 2nd International Fair of Patents, Innovations, and New Technologies  was organized by the National Association of Innovators of Macedonia (NAIM) in Dom na ARM, Skopje, Macedonia during 21st – 23rd September, 2018. 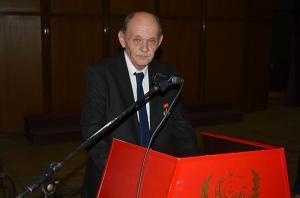 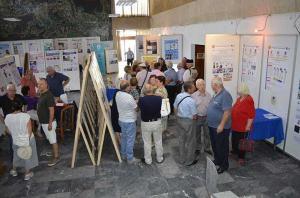 At INOVAMAK 2018 took part twice as many countries as did at the INOVAMAK 2017 – the first International fair of patents, innovations, and new technologies. The increase in the number of participants meant more exhibited works in form of prototypes and posters. At INOVAMAK 2018 took part 20 countries/participants: P.R. China, The Russian Federation, USA, India, Syria, Morocco, Canada, Poland, Czech Republic, Bulgaria, Romania, Korea, Serbia, Bosnia and Herzegovina with Republika Srpska, Croatia, Slovenia, Montenegro, Macedonia with total of 102 patents, prototypes and posters. At the Fair, patents and new technologies from various areas were exhibited: airplane jet engines, new type of dentistry implants and tools for their mounting, camping house with natural passive air-conditioning system, knee implants, elbow and hand implant, a medical device for determining the level of glucose in the blood from breath outflow; research submarine; self-climbing machine that cleans and paints the street lamps and many more.

Jury of Experts awarded 65 Gold, 13 Silver and 11 Bronze medals. A Special plaque was awarded by The State Agency of Industrial Property to two of the exhibitors: Marjan Nenov (for the best patent from Macedonia) and to Daniela Rizova (as the best female innovator from Macedonia). 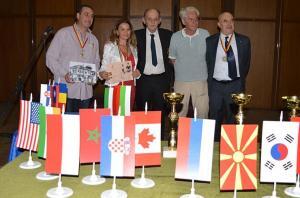 The Union of Innovators of Belgrade awarded the members of NAIM Big Gold Medal and Gold Medals featuring a portrait of Nikola Tesla. Gold medals and diplomas were awarded also by Association of Inventors from Syria. The Unity of Innovators and The Innovators Club Archimedes from The Russian Federation awarded Mirko Uzelac a Gold medal of Merit for Innovations improvement; Gold Cup Trophy of Merit for Innovations improvement to: Zlatko Pankov, Marjan Nenov and Vladimir Filevski; Gold Medals to the NAIM was awarded by Associations of Innovators of Romania and Association of Innoavtors of R. Srpska. To some of the guests from abroad and to the Macedonian innovators who took part in the organization, graduate artist Deni Tasic donated his graphic arts.