IFIA President, Alireza Rastegar, awarded IFIA Memorial Medal to the German Patent and Trade Mark Office on 04 November 2017 in iENA 2017 to appreciate the support offered by this office to the successful organization of iENA since 1968 and the promotion of invention and innovation in Germany which is in parallel with IFIA‘s main mission.

German Patent and Trade Mark Office organizes visitor groups from different sectors of industry to join iENA and ensures the participation of foreign patent offices and other authorities in iENA. They also offer free patent counseling sessions for the inventors and contribute to the organization of iENA stage program which consists of specialist seminars, as well as helpful presentations. 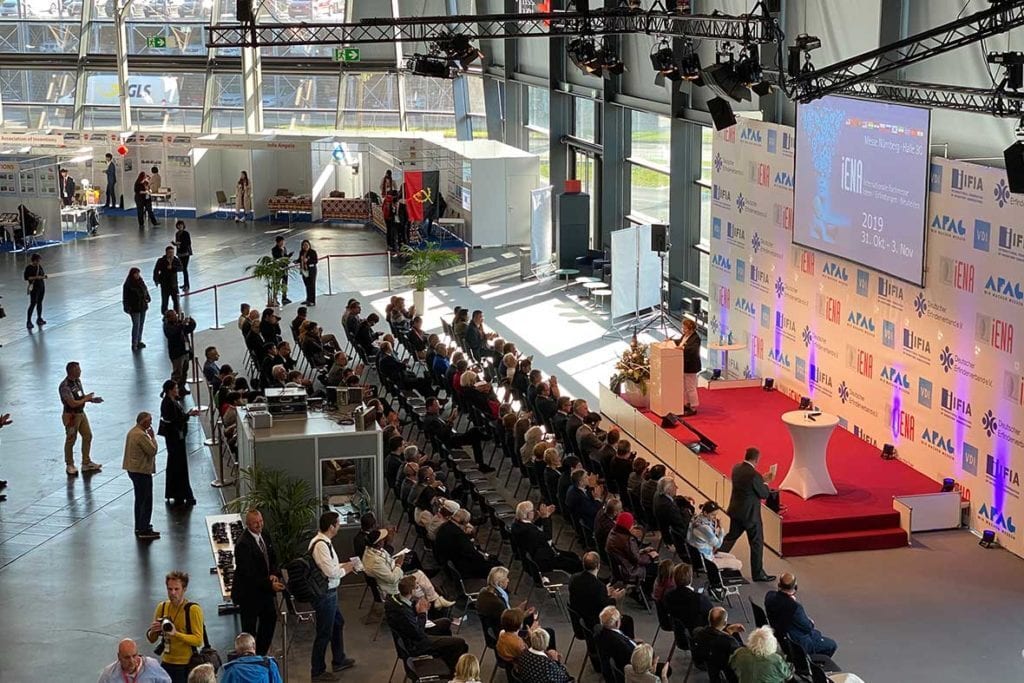 This office is the German center of expertise for all intellectual property rights – for patents, utility models, trademarks, and registered designs. As the largest national patent office in Europe and the fifth-largest national patent office in the world, it is committed to Germany’s future as a country of inventors in a globalized economy. Its roughly 2,600 staff based at three locations – Munich, Jena, and Berlin – are service providers for inventors and companies. They implement the innovation strategies of the Federal administration and develop national, European, and international IP systems further.

Translate »
We uses cookies to ensure that we give you the best experience on our website. If you continue to use this site we will assume that you are happy with it.Ok