The nineteenth Al-Bassel Fair for Invention and Innovation was held concurrently with the 61st session of Damascus’s International Exhibition, from August 31 to September 6, 2019, under the patronage of The Ministry of Interior Trade and Consumer Consumption with national cooperation of the General Organization for International Exhibitions and Fairs (GOIEF), the Association of Syrian Inventors,and through a strategic partnership with Syriatel company and diamond sponsor ,Sama Al-Shams Group. 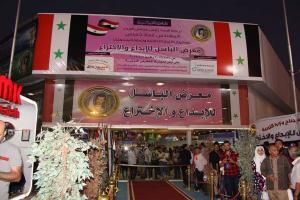 At the opening ceremony, the Minister of High Education, Dr. Bassam Ibrahim and the Minister of Communication and Technology, Eng. Eyad Alkhatib and the IFIA representative Mr.Masoud Tajbakhsh participated effectively. Furthermore, several authorities and research centers were witnessed.

The number of inventions that participated in the fair reached 387, also 827 Syrian creators and inventors were selected to participate in the exhibition. It is worth mentioning that more than 20,000 Syrian visitors viseted the festival.

At the award ceremony which was held in Damascus University, the Minister of Interior Trade and Consumer Consumption, Mr.Atef Al-Naddaf introduced the IFIA’s Academic Section Coordinator, Mr.Masoud Tajbakhsh. Mr.Tajbakhsh gave a speech and introduced IFIA’s opp 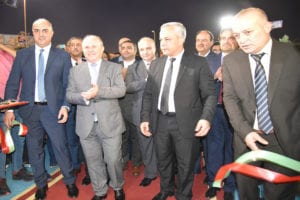 ortunities for Syrian inventors and encouraged them to expand the culture of invention and present innovation in Syria. Tajbakhsh emphasized that the president of IFIA’s reasons for participating and supporting Albasel Fair 2019 were to respect the Syrian inventors for their worthwhile innovative achievements and to share international innovation opportunities with them. Moreover, the Syrian invention capacities,its women’s innovative abilities, Syrian kids’ efforts, and Syrian young university’s research achievements in the creativity and invention will be announced all around the world.

Three financial prizes were granted at the awards ceremony as the following: 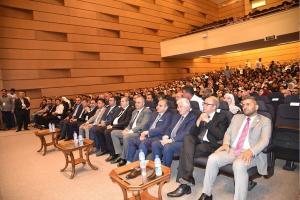