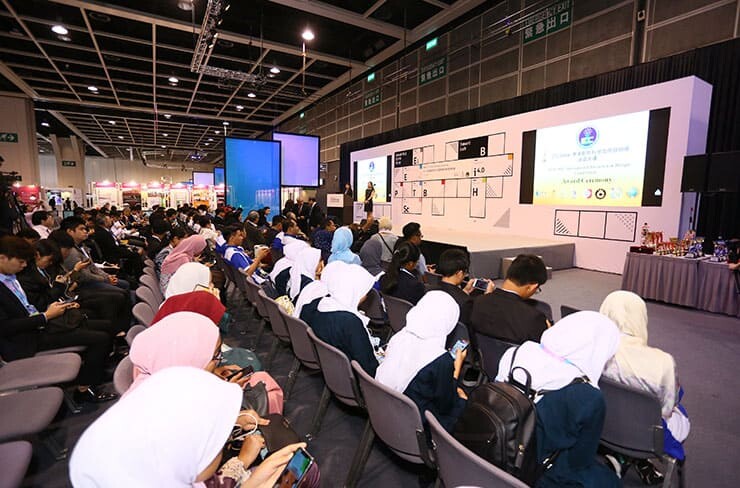 With the support of HKTDC, the IIDC competition and exhibition got a fruitful outcome and came to a successful conclusion. There were many young inventors joining the IIDC event this year who performed very outstandingly making themselves the spotlight at the venue. Like many other international invention exhibitions, the Hong Kong IIDC event with Smartbiz Expo was exhibition-competition based; however, its greatest distinction was that with HKTDC as an intermediary, the events were generally based on the trade of intellectual property rights and partnership with buyers. In the 3-day exhibition, buyers were able to immediately enquire about commercially viable inventions and place direct orders, and this active on-site trade channel that allowed inventors to successfully receive orders was a key feature in the exhibition.

IIDC was also supported by the International Federation of Inventors Associations (IFIA), with the assistance of IFIA and its President ( Mr. Alireza Rastegar) who helped to attract talented inventors from all over the world and provided two IFIA Best Invention awards. One of the awards was presented to Invention “LIQUID CRYSTAL DISPLAY BASED CASCADE IONIZING RADIATION DETECTOR VISUALIZING IN REAL TIME ” from Poland. The other award was presented to the Invention “Personal brain structure displaying device having intracranial electrodes and its displaying method” from Taiwan, Province of China. The IFIA representative Dr. Masoud SHAFAGHI gave a speech in the award ceremony, to remind the importance of this event is very special for inventor and bushiness, to congratulate the winners and to thank the organizers.

The inventions in the IIDC exhibition included patents from all over the world. Half of these inventions came from technology industries, university incubation centers, and academic research. The youth inventor continued to be a highlight of this event. Twenty inventions were from the elementary, middle, and senior high schools, their age from 10 to 16, they displayed many their brilliant ideas, and creativity and English fluency of these young inventors when describing their inventions to international visitors were particularly noteworthy. At the IIDC, many inventors even received orders from Hong Kong, Singapore, etc. many countries which made them brilliant successes.

TagsIFIAiidcinventioninventorspatentSUPPORTyoungYOUNG INNOVATORSYouth
0
Shares
Translate »
We uses cookies to ensure that we give you the best experience on our website. If you continue to use this site we will assume that you are happy with it.Ok