From December 11th to 13th, 2007, ANPII celebrated its 10th birthday under the high patronage of the President of the Republic at the Palace of Congress of Niamey for the First day, and at the room DOUNIA of the Tenere hostel for the last two days. The program of these manifestations contains conferences animated by national and international experts, the creating of the IFIA Network to Foster Invention and Development in Africa, a visit to the National Museum Boubou Hama of Niamey and at last decoration of personalities and institutions which are distinguished for their support to the association in its mission of promotion of invention and innovation in Niger and in Africa since its creation.

The opening ceremony has been marked by a song of the Troop Balarabe that underlined the utility of inventions and the pleasure of Nigerians that their country has been chosen to shelter this international meeting. 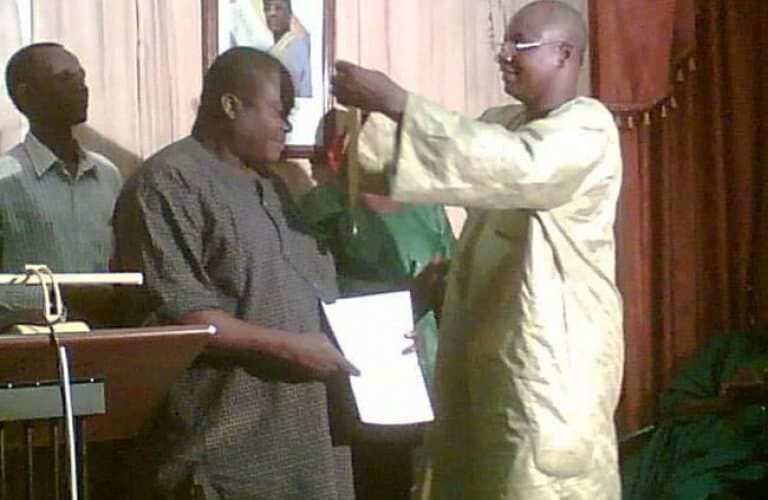 After the official opening, began conferences preceded by projection of movies on the history of ANPII and on the Forum of Scientific Research and  Technological Invention (FRSIT) of Burkina Faso.

The first conference by Dr Farag Moussa, treated about non-patentable inventions called social inventions.  This notion of social invention, open the field of inventions to new types of original actions, for which we can not require patent; it is about the convenient initiatives and the social works. For example the protection of war injured is an original idea of a Switzerland, that will be the basis of the creation of the Red Cross and all neutral institutions that intervenes in countries in case of calamity. In conclusion he showed the necessity to associations of inventors to open up to all social categories, because the invention is not only the technical realizations, it is also the innovative ideas that can change the world, without being necessarily material.

The second lecturer, Mr Bader Joachim, treated the fallen patent utility. All along his exposition, he tried to show that the fallen patents are useful to the creation of news inventions and the existing product improvement cognitive capital.

The 3rd intervening party, Dr András Vedres has treated of ’Innovation as the engine of the development.. In summary,  the lecturer situated three basis of creating invention : the necessity, the interest and the passion.

The following day, works have been continued in  the DOUNIA room of the TENERE hostel:. Four other lecturers treated successively  of the necessity of  invention for the development and its process of emergence, the  main place of the traditional medicine in the efficient treatment of illnesses. The lecturers are: Dr Marcos Olewu of Benin, the Dr Oumarou Mounkaïla, Moussa Idrissa and Kallam  Tahirou of  Niger.

The evening of this second day has been reserved  to the creation of the IFIA Network to Foster invention and Development in Africa.

After amendment and adoption of the draft of the texts proposed,  the network is created and is installed in Niger.

The coordination of this network is also confided for two years to Dr Hassane IDRISSA SOULEY President of ANPII. The other chiefs of delegation of African members present have been elected Vice Coordinators.

In the evening of the same day a reception has been offered to  participant by the President of ANPII in the restaurant The TAVERNE. This night has been enlivened by the talented troop of Tillabery.

The following day, at 10 o’clock, participants had the joy to visit the National Museum Boubou Hama in Niamey to contemplate the wealth of the national heritage.

In the evening (always in the Tenere hostel), 13h to 15h continued projections of movies on research on the traditional knowledge and the plastic garbage treatment, respectively by the Dr Idrissa Moussa and by Mr. Philippe Yoda, President of the association for the Promotion of invention and Technological innovation of Burkina Faso (APIIT BF).

At seventeen o’clock began the ceremony of fence with decorations. This ceremony began by he reading of the general report, the resolutions, recommendations and acknowledgments and at least by the different speeches of authorities of tutelages and the promoters of the manifestation..

1 – Participants to the meeting commit to capitalize teachings collected during this forum and to put back it to the service of the promotion of the invention, in Africa and everywhere it is necessary.

2 – Members of the network begin to work hard together to spread the network in all African countries.

Participants to the symposium of Niamey recommend to the African governments  more active implication in the support to associations of inventors of their countries. Alone the promotion of the invention can pull Africa of  its poorness.

At first, foreign participants read a motion of thanking by a member of the delegation of Burkina Faso.. In this tanking, they underline their satisfaction for the welcome and all accommodation during their sojourn.  The thank the President of Niger, his Excellency Mahamadou Tandja, his Government and all the people of Niger. They also thank the members of ANPII who give them the occasion to share their experience with all the participants.

After this motion the organizer thanks to  the President of  IFIA  Dr ANDRÁS VEDRES for his support to. Without his support this meeting won’t  never be a success .

To  Dr Farag MOUSSA, a friend of Niger for a long time. He doesn’t support only the association but  he also support  all the people,  he intervenes directly to help Niger every time that he knows it in difficulty. It is the case in 2005, at the time of the food crisis, where he sent his financial contribution directly to the SAP. So we thank him  for all his support.

We thank also Mr BADER JOACHIM for his good will to cooperate and to help the African to take themselves in charge whenever he can do it.

To the President of the Republic, his Excellency Mahamadou Tandja, his Government’s members that helped us, to the Nigerians and foreign institutions that brought their contribution, to the high official and private personalities that help our association since its creation, we say again thank you.

To all our African friends who made the displacement of Niamey we testify them of our gratitude and whish that they return in good health in their respective countries..