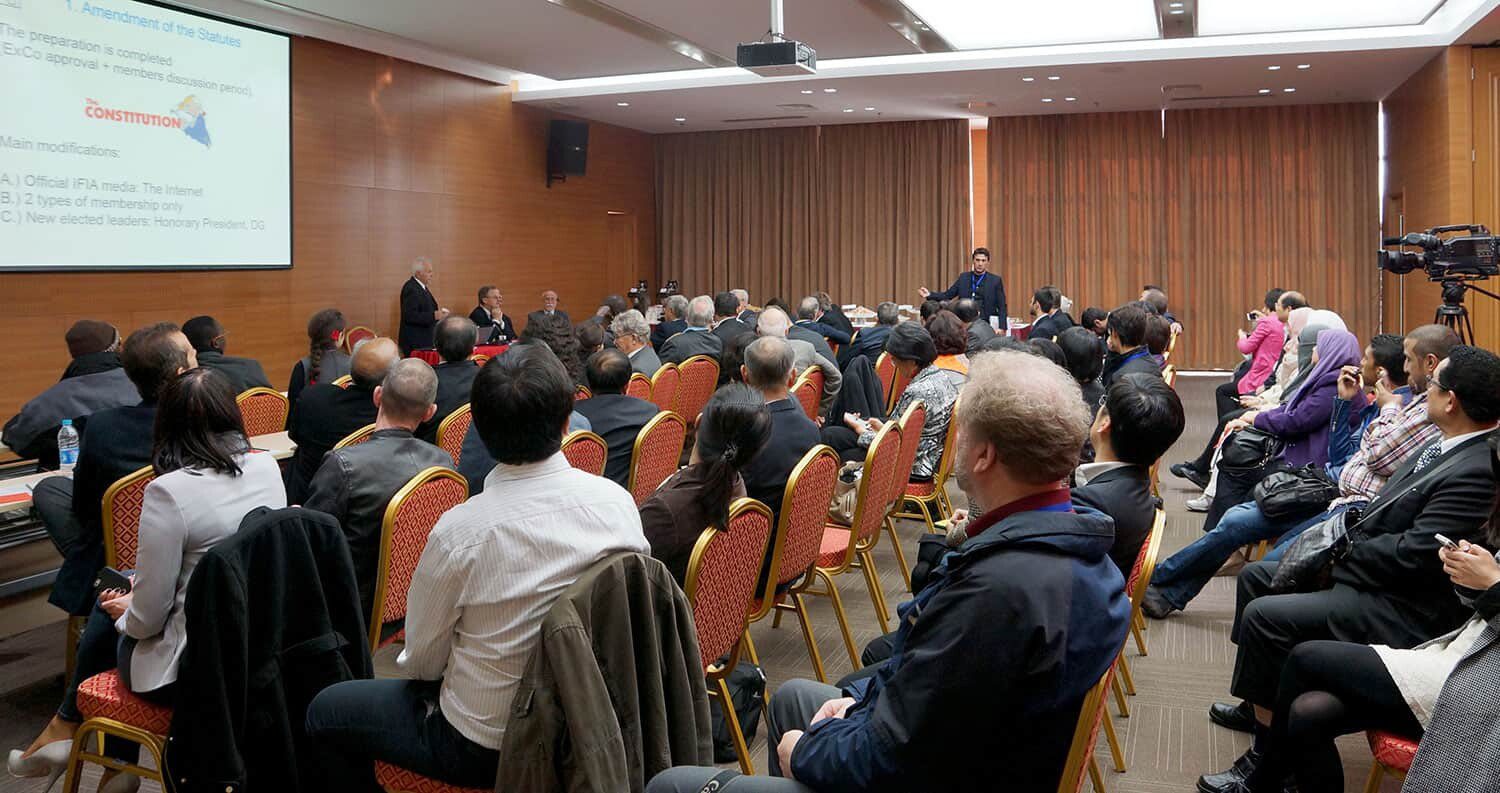 During the first part of IFIA General Assembly held in China, Kunshan in November 2014, 30 full members were present and it was declared open by Mr. Vedres, IFIA president. Initially, the topic of Statutes amendment was raised; however, it failed to gain the approval of the GA members. Afterwards, Mr. Vedres presented a report on his activities from 2006 to 2014. Then, two presidency candidates, namely Mr. Alireza Rastegar from Iran and Mr. Zhang Qin from china were introduced. According to the cast votes of GA members, Mr. Alireza Rastegar was elected as IFIA new President for the following four years.