The Seoul International Invention Fair (SIIF) as one of the global hubs of invention fairs was held by the Korea Invention Promotion Association (KIPA) during 27-30 November 2019 under the patronage of the World Intellectual Property Organization (WIPO) and International Federation of Inventors’ Associations (IFIA).
It worth mentioning that, SIIF 2019 provided a platform for inventors and breakthrough technologies from all around the world and aimed to publicize superior inventions, broaden sales channels for patented products, and support global marketing. 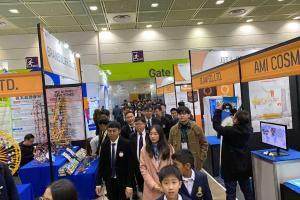 Based on this reason, more than 630 inventions from 27 countries including Croatia, Poland, Taiwan, Thailand, Indonesia, Iran, Malaysia, and some countries were featured at this year’s event.
At the SIIF 2019, IFIA president (Mr.Alireza Rastegar) paid a visit from national and international booths and expressed that the highlighted point of the SIIF 2019 was the exhibition’s new design which it could be a strong platform to make the mutual connection for inventors and innovators.