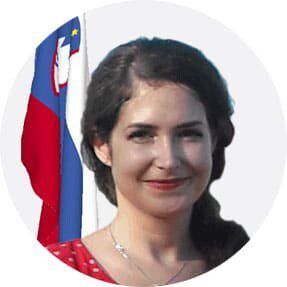 Ana Hafner graduated from the University of Ljubljana, Faculty of Social Sciences, and obtained her Ph.D. degree in sociology from the School of Advanced Social Studies in Nova Gorica.

She cooperated with the association of Slovenian inventors ASI for almost 10 years now and in 2011 she was elected the 3rd President of Council of ASI. From 2010 she is also a member of the Executive Committee of the IFIA.

Knowing very well the difficulties and obstacles that inventors must overcome on their path to success, the independent inventors and their inventions were also her main focus of research in the last five years. Her bibliography is available here: http://izumbib.izum.si/bibliografije/Y20141227173231-29648.html

She helped several ASI members to file national and PCT patent applications, but she did not have time yet to patent some of her own ideas. However, she was awarded a silver medal in KIWIE 2009 in Seoul for the prototype of new clip for stockings.