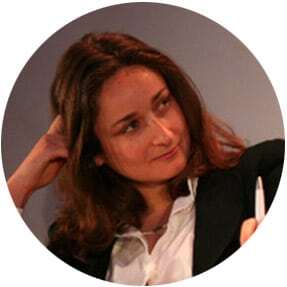 Dr. Roya Ghafele is the founder and director of OxFirst Ltd., a spin out from Oxford University specialized in the law and economics of IPR and invention. OxFirst Ltd offers in-depth analysis that allows to fully leverage IP as an engine of growth relying strongly on cutting edge research insights.

Under the leadership of Roya Ghafele, OxFirst has helped clients unleash cumulative revenue gains in excess of 50 Mio Euro. Involved in commercializing intellectual property, OxFirst has assisted clients with valuing, selling and licensing, but also with economic expert testimonials in competition cases. Prior to founding Oxfirst, Dr Ghafele held a Lectueship (Assistant Professorship) with the University of Oxford and a Research Fellowship with the Haas School of Business, University of California at Berkeley. She remained involved in academia through a tenured Assistant Professorship in IP law with Edinburgh University and multiple Fellowships with Oxford University up until early 2017.

In 2002 she was selected as the only Austrian in several years to represent the Republic of Austria within the United Nations. Subsequently, she worked as an Economist with the U.N.’s World Intellectual Property Organization (WIPO) and the Organization for Economic Cooperation and Development (OECD). In this role she offered strategic advice on Intellectual Property and Technology Transfer to Governments in Europe, Asia and the Middle East.

In 2000 she started her career with the management consulting firm McKinsey & Company, where she moved from a five year long experience as a ballet dancer.

Her Ph.D. was awarded the Theodor Koerner Research Prize by the President of the Republic of Austria. Dr. Ghafele was trained at Johns Hopkins University, School of Advanced International Studies, the Sorbonne and Vienna University. During the course of her studies she was four times awarded the Vienna University Grant for Excellence in Studies. She is fluent in German, English, French and Italian.