NewsWomen Inventors
Home›News›Entrepreneur of the Year: A Croatian Women Innovator

Entrepreneur of the Year: A Croatian Women Innovator 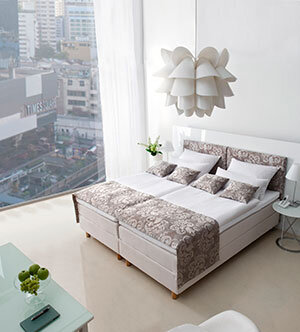 Bernarda Cecelja, a successful Croatian innovator-entrepreneur, is the owner of a prestigious Croatian company Bernarda Ltd. which produces high-quality beds for hotels, suites, and homes. The fabrication process is based on a dozen protected innovations occurring over the period of the last 20 years. The company presently operates production facilities with 250 employees, and ca. 21 000 m2 of area, representing an EU regional leader in bed manufacturing.

The quality of their products, as well as the innovation and continual advancement has been recognized by numerous highly visible international hotel franchises, such as Astron, Ramada, Kempinsky, Holiday Inn, Sheraton, Intercontinental, Hilton, Plaza, Marriot, Radisson etc.

The production program of the company features Mrs. Cecelja’s own technological solutions, as well as those of her development team, which are not only based on the actual worldwide trends in bed production and design, but many of them through their innovativeness represent new standards of healthy sleep technology. A further acclamation of the high innovativeness of these products are the many awards and recognitions for innovation. Within the production program, seven repeatedly awarded innovation stand out, recognized with over 50 different awards internationally (Geneva, Nürnberg, Brussels, London, Moscow, Warsaw, Iran, Korea, China). 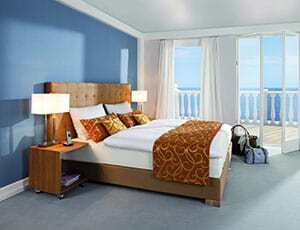 Mrs. Bernarda Cecelja has also been repeatedly awarded with over 40 prestigious awards for innovation and entrepreneurship in Croatia and in the neighboring region. She was inducted as a Knight of Innovation in 2012 at the Brussels innovation fair INNOVA. The Croatian Association of Managers & Entrepreneurs CROMA has declared her the Entrepreneur of the Year on four occasions, and she has received four further awards for excellence from the Institute of Business Studies. The Ministry of Crafts, Small and Medium Enterprise of the Republic of Croatia has voted her the Entrepreneur of the Year three times. Mrs. Bernarda is decorated by multiple international awards for the promotion and incentivizing female innovative entrepreneurship, and is an active member of the Union of Croatian Innovators, the national umbrella association of innovators, member of the IFIA.