During the 45th International Exhibition of Inventions of Geneva, IFIA President, Alireza Rastegar awarded IFIA Cash Prize to Mr. Igor Ustinov from Switzerland for his housing construction system made of recycled PET, helping to solve the world’s housing problem.

Mr. Igor Ustinov believes that the traditional building materials do not meet the scale of the housing necessity in a sustainable manner since deforestation is already a concerning issue, and sand used to produce concrete is already rare. Therefore, this awareness has encouraged him to invent and to develop the “PET” Modular Construction System through extruding recycled PET as beams designed to assemble easily, optimizing the isolation of hardened earth inside the beam and developing a cubic structure which is suitable for infinite architectural compositions. 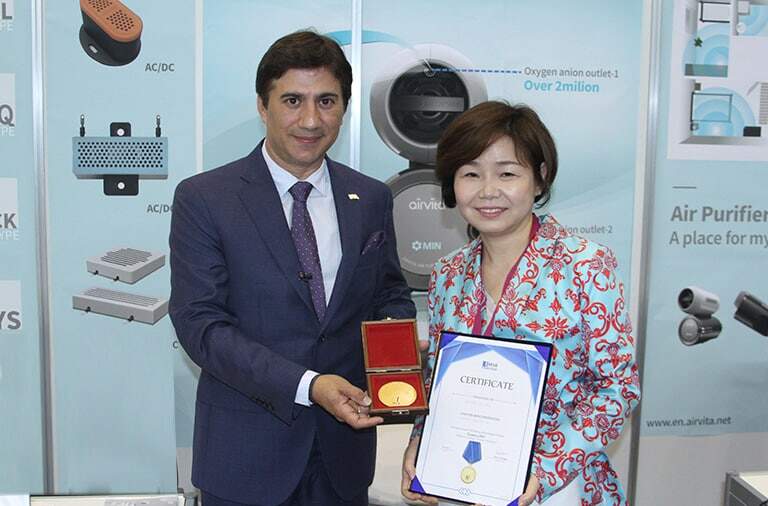 In addition to solving the above-described housing problem, this technical opportunity would tackle the other challenge which is the outcome of our plastic wastes, avoiding the pollution of oceans, of lands, and finally of the food chain.