News
Home›News›Discovery or invention: the case for recalibrating the Nobel Prize for Physics

Discovery or invention: the case for recalibrating the Nobel Prize for Physics 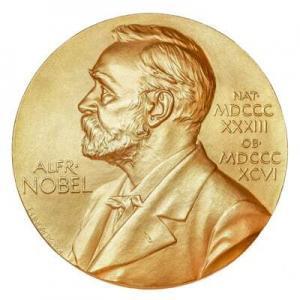 By Örjan Strandberg, Spokesman of the Swedish National Innovators Council and Chair of the Stockholm Innovators Association, Stockholm, Sweden

Most countries in the world agree that inventions and innovations are prerequisites for every nation’s industrial and societal growth and welfare. Intellectual property laws are the most important incentive for encouraging innovation and creativity. These laws recognize and reward inventors and ensure society benefits from inventions.

The other important motivator for invention and innovation is society’s general encouragement and acknowledgement of the inventor, both politically and socially, via the media, through awards and stipends, for example.

Alfred Nobel was an inventor, entrepreneur, scientist
and businessman with a keen interest in poetry and
drama. He was known for inventing dynamite. He held
355 patents (photo: amy Stock Photo / © Akademie).

Arguably, the most important international award for inventors should have been the Nobel Prize for Physics. However, that prize, for reasons we will explain, has, over time, come to be perceived as the world’s most prestigious science prize and is no longer specifically associated with invention.

That all nations need a rich and continuous flow of skilled researchers and scientists is a given. But this should not detract from the equally important need for ingenious inventors and their inventions. History shows us that inventors are the main originators of technological, industrial and societal growth. In Sweden, for example, a report entitled, Where did Sweden’s Top 100 Innovations originate? by the Swedish innovation researcher Dr. Christian Sandström, shows that at least 80 percent of inventions originate from outside academia.

Over the last three decades, persuasive theories have circulated among political leaders, suggesting that the scientific community can replace the inventor community. This has resulted in a measurable decline in government funding for inventions in the industrial countries of the world. For example, in 2019, the Swedish government will allocate an estimated EUR 1.74 billion in R&D support for universities, an additional EUR 1.04 billion for research funding institutions and a just EUR 18 million or so to independent innovators and inventors.

Indeed, two years ago, having lost all government funding, Sweden’s National Inventors’ Association struggled to survive. This decline in funding is exacerbated further by the widespread misconception that only scientists working in academia are inventors.

Unfortunately, the historical importance of the world’s most prestigious award in the field of invention and science, the Nobel Prize for Physics, maintains this misconception and thereby puts a brake on the engagement of inventors in industrial development and growth and thereby, social welfare.

In setting out the basis for the Nobel Prize for Physics in his will, Alfred Nobel  listed  ”discovery or invention” as the two intended contributions of beneficiaries of his physics prize.

Nonetheless, since its inception, approximately 80 percent of the winners of the Nobel Prize for Physics have been researchers, and only 20 percent (at most) of the laureates have been inventors.

Research by Elisabeth Crawford in The Beginnings of the Nobel Institution and others, clearly shows that the will of Alfred Nobel, himself an inventor and an entrepreneur, never intended to favor scientists over inventors.

Documentary evidence from the 1901 Nobel Committee for Physics, which is responsible for the selection of candidates for the Physics Prize, reveals a decision that inventors who had acquired a patent or patents for their invention should not be nominated for the prize. No such condition featured in Alfred Nobel’s will.

Moreover, by decision of the trustee of the will – not by Mr. Nobel or his will and testament – nominations for laureate candidates may only be submitted by research-related organizations and the research community.

Inventors and the organizations that represent them are not included in the selection process, despite the apparent fact that Alfred Nobel intended “inventors” to be one of the two categories to be considered for the prize.

A re-examination of Mr. Nobel’s will and recognition of his intention to reward inventors as well as scientific researchers seems appropriate. Under such circumstances, national inventors associations or the International Federation of Inventors’ Associations (IFIA), which represents 140 inventor organizations in 100 countries, stand ready to nominate candidates for a physics award related to invention.

At a time when the world is facing daunting challenges, invention and innovation are more important than ever. In the face of these complex challenges, we need to explore all possible avenues to inspire and encourage the youth of today to become the inventors and scientists of tomorrow. Recognition of the value of invention by the Nobel Committee would go a long way in achieving this.

Inventions with a disruptive impact on society

Despite their disruptive impact on society and the global economy, none of the inventions listed below has been awarded a Nobel prize:

Arguably, most of these inventions have made “the greatest benefit to humanity”, and thereby qualify for the prize, in accordance with Alfred Nobel’s will.