Between the 5th of August to 27th of September, 2020, the 5th International Inventions Fair, ISIF 20, was held online with the Honorary Patronage of the Ministry of Industry and Technology of the Turkish Republic and hosted by the Turkish Patent and Trademark Office (TÜRKPATENT) Under the patronage of the International Federation of Inventors’ Association (IFIA), organized by Anatolia Inventions and Inventors Association and the Turkish Technology Team. 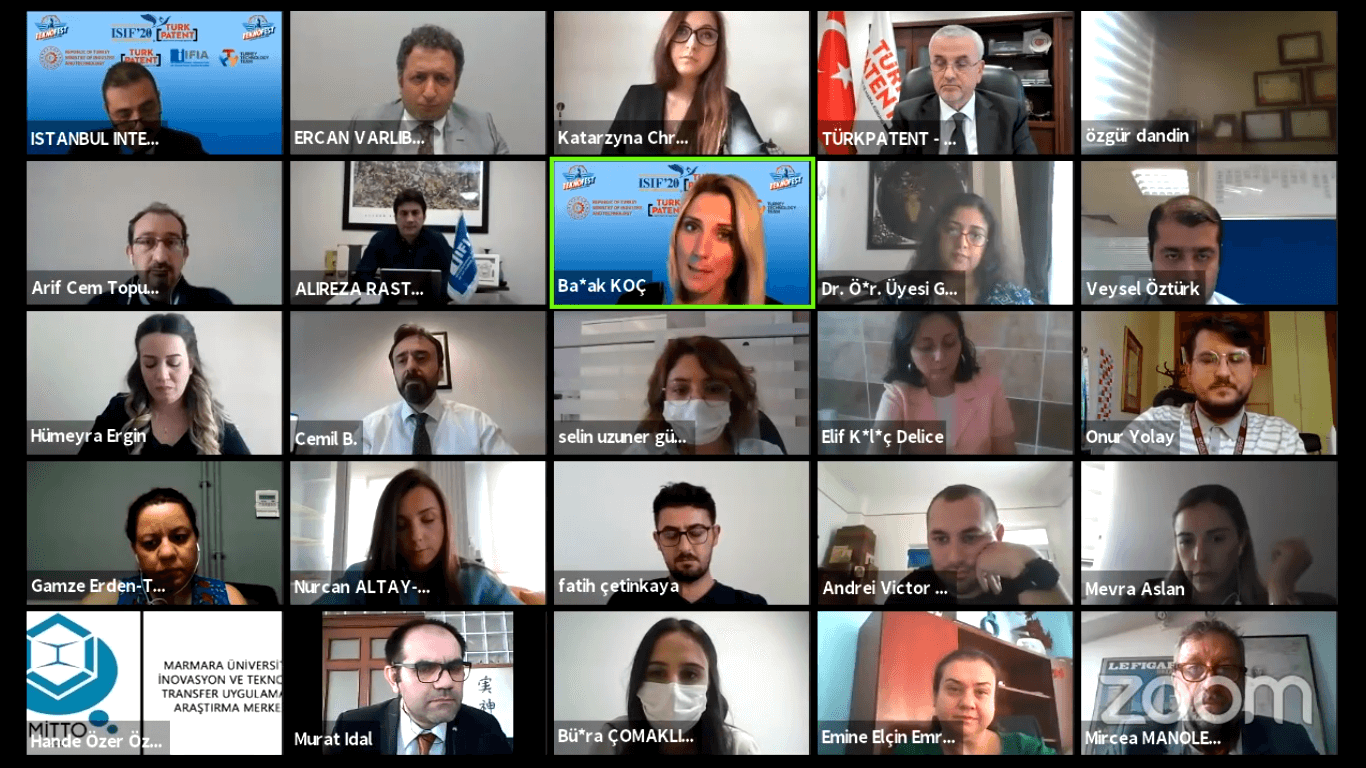 ISIF20, which received 512 applications from 26 countries, effectively continued its mission of networking, creating awareness, and being an information-sharing center despite the extraordinary pandemic conditions that we had. With this strength, its contributions to the innovation, R&D, and innovation ecosystem will continue to increase in the coming years.

The ISIF 2020 award ceremony is held online on the last day of the event, which was on the 27th of September, with the participation of the President of the International Federation of Inventors Association, Mr. Alireza Rastegar, and the Turkish Patent and Trademark Office President, Prof. Dr. Habip ASAN.

At the online award ceremony, many inventors and people interested in innovation attended to listen to the speeches and to find out about the result of the event. At the beginning of the ceremony, Dr. Habip ASAN reported on the process of decision-making, judgments, admissions, and finally, the results. After that, the President of IFIA, Mr. Alireza Rastegar, expressed his happiness that this competition made a platform allowing many inventors to communicate with each other since the pandemic. He mentioned that the capacity of the Turkish inventors was significant, and he hopes that they would continue their hard work in favor of the invention and innovation society. Also, he stated that the fifth edition of this event was remarkable, and he hopes that using the full capacity of the Turkish Patent would lead to excellent performance for the next year.

In conclusion, this online event was the host to many inventors and innovative people worldwide to encourage them not to stop creating. We hope that by having more of these events and competitions, we would engage more people with invention and innovation.