BIXPO 2019 with the Highest Record of Participants

Bitgaram International Exposition of Electric Power Technology 2019 (BIXPO) took place at the KDJ (Kimdaejung) Convention Center in Gwangju, Korea during three days from October 6 – 8 November. BIXPO 2019 was hosted by Korea Electric Power Corporation (KEPCO) under the support of the Ministry of Trade, Industry and Energy and the International Federation of Inventors’ Associations (IFIA). 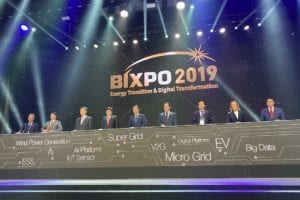 Over 13000 participants from startups, inventors, companies and industry personnel participated in this year’s event in four distinct categories including electric power companies and buyers, professionals from industry, academia and research centers, CTOs from global utilities, as well as the inventors and members of IFIA. 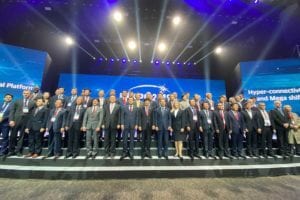 With 81,236 visitors, Bitgaram International Exposition of Electric Power Technology 2018 sets a record for having the largest number of visitors among all the events ever hosted in KDJ Convention Center. More importantly, 600 experts in the field of electric power from 61 different countries paid a visit to this year’s event.

BIXPO 2019 convened over 4,000 business leaders and scholars from 51 different countries giving them the opportunity to share and learn the latest energy technologies and look for new business opportunities. also Seoul National University Prof. Cha Sang-gyun, a world renowned authority on keynote speech at the opening ceremony to present outlook for the future of energy AI. 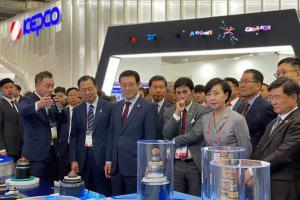 At the opening ceremony, KEPCO CEO Kim Jong has welcome speech and told “I hope you can imagine the dramatic and enormous changes that the future look and power of a hyper-connected society that has been closely connected digitally such as Internet of Things, Big Data and artificial intelligence will bring to society as a whole,” he said, adding, “I hope the BIXPO 2019 event will be a treasure map that will open up new horizons for the power industry.